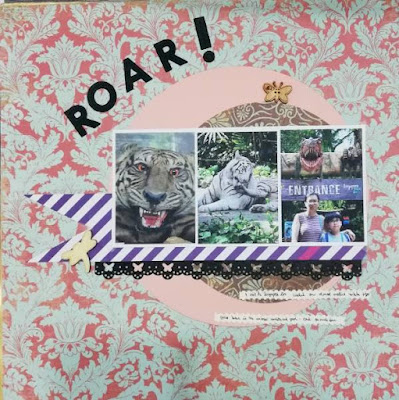 A trip to Singapore Zoo some years ago.  Managed to snap photo of a white Bengal tiger. Done this layout based on Rochelle's sketch, incorporated Stacy's tic-tac-toe diagonal elements (border punch, circle, diecuts) with Challenge YOUrself animal theme. 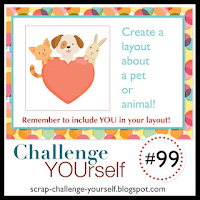 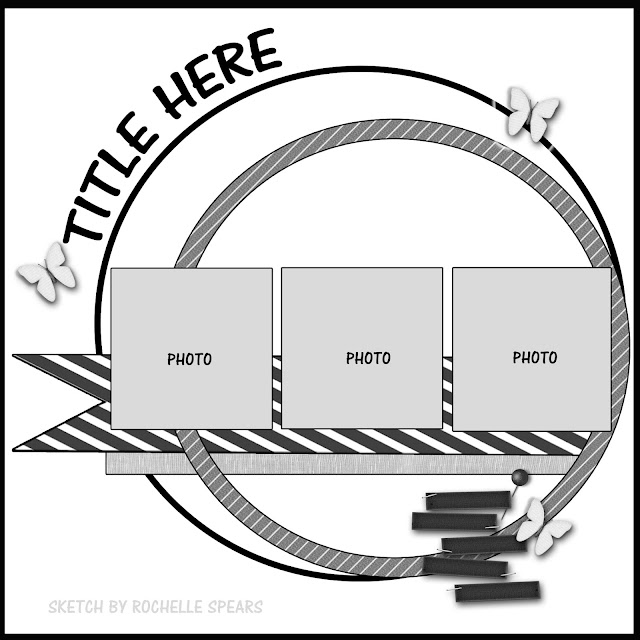 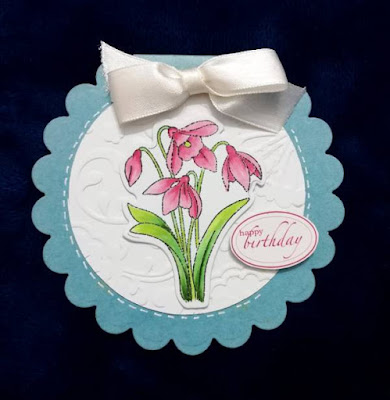 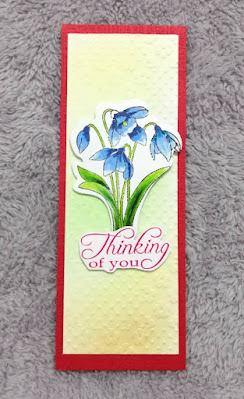 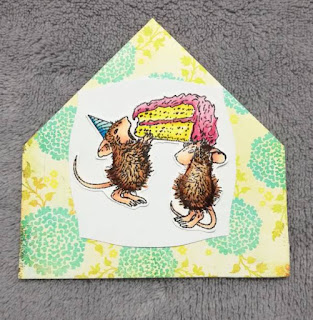 Image coloured with Copic. Made the triangular shape bookmark with patterned paper and adhered the image. Time for tea-break from reading..lol. 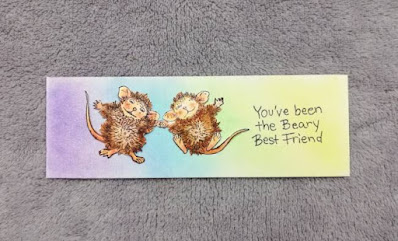 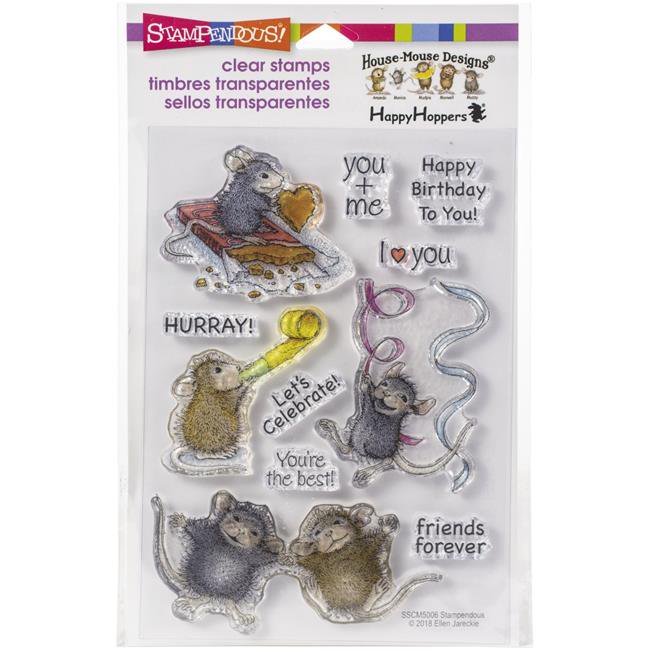 Coloured image with Copic and fussy cut it out. Use a stylus and pressed it at the back of the image to pop it up for some dimensional look. Use foam tape to adhere to the card. The background was created using soft pastel. Stamped the sentiment onto the coloured background.
Challenges: 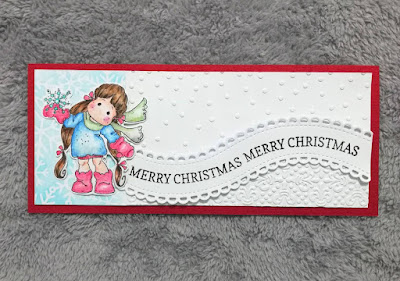 Stamp: Magnolia Tilda, curvy text sentiment clear stamp, curvy scallop die, embossing folder, Copic, Memento Bahama Blue ink pad,
Stamped this Magnolia Tilda image on white cardstock, coloured with Copic and fussy cut outh. Stamp the Merry Christmas sentiment and die-cut with the curvy scallop die. Took a white cardstock and embossed the background.
For the blue background with snowflake, I use a snowflake stencil on another small rectangle cardstock, just to cover up part of the white cardstock which was not embossed.
Before I adhered the image onto the card, I slightly embossed it with a stylus pen to give some rounded pop-up like dimension.
Challenges:
Posted by paperpapier at 3/11/2022 05:23:00 pm 8 comments: 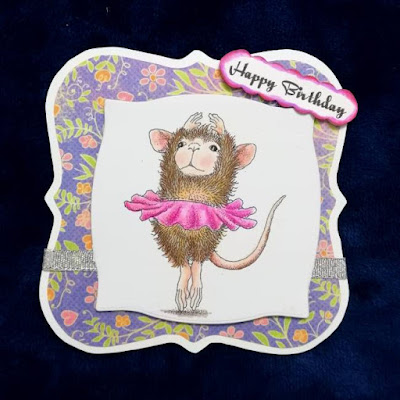 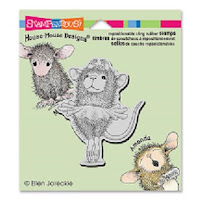 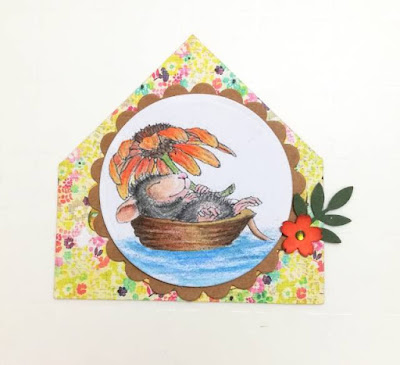 The base of the triangle bookmark was made with a piece of white cardstock and adhered with Basic Grey patterned paper. 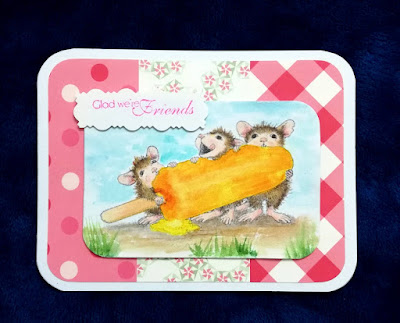 Some Chocolate Just For You 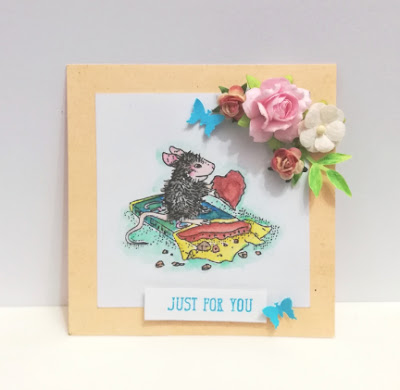 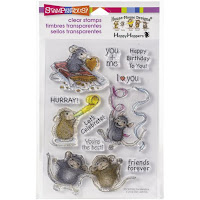 The image was coloured using Mijello watercolour and aqua brush. Added flowers from I Am Roses as embellishment. Adhered onto a square cardstock.
Challenges:
Posted by paperpapier at 3/03/2022 12:50:00 am 9 comments: 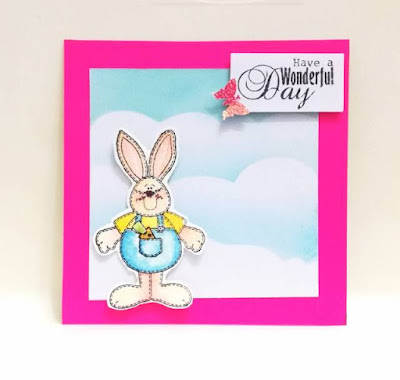 stamp: NitWit Spring Whimsy clear stamp (a freebie from Simply Cards & Papercraft#96), cloud stencil, Mijello watercolour pan, Memento Bahama Blue inkpad
Another stamp hiding inside closet for 10 years and never used before. The Double D challenge request for 'pocket' theme and I remember I have some bunny with pocket jean. The image was stamped onto 300gsm watercolour cardstock, coloured with watercolour and fussy cut out the image.
The background was through inking with a cloud stencil using Memento inkpad.
Challenges: 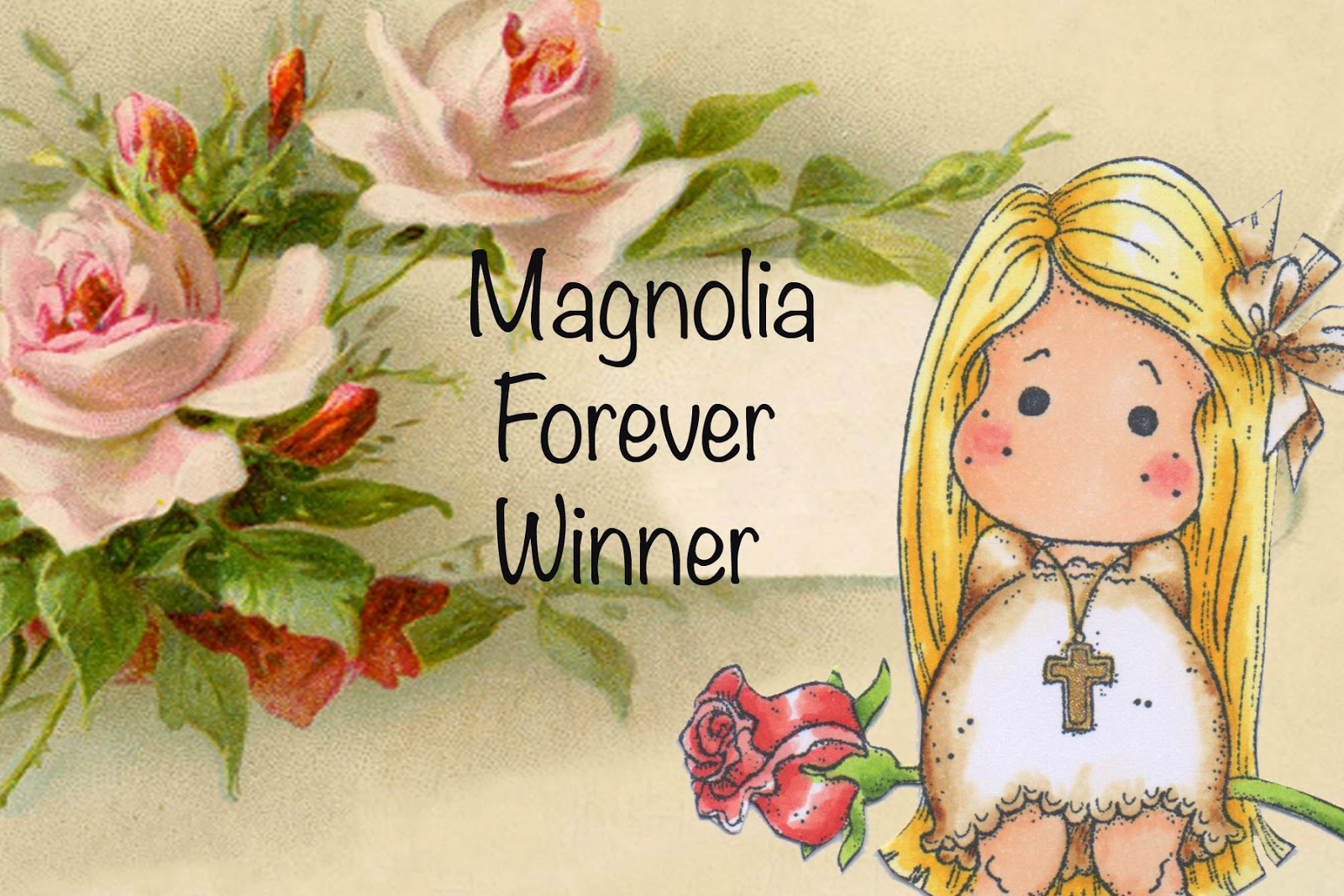 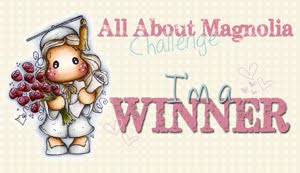